The Big Island of Hawaii has great things to offer visitors any time of year, but here are a few reasons you might want to consider experiencing summer in Hawaii for your island getaway. 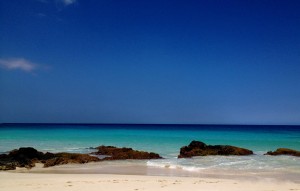 Aside from a peak around the Fourth of July weekend, summer is a good time to beat the crowds on the Big Island. The “snowbirds” will have all left their winter retreats to return to the mainland, which means less traffic on the roads, shorter lines at the stores, and more room on the beach to sprawl out and soak up some sunshine. And if you can visit in June before school lets out or late in August after the kids go back, you will find the island especially quiet bookending family vacation season. Hawaii Volcanoes National Park will have fewer visitors, so you can get a better view at the Halemaumau Crater overlook or hear the native birds calling as you hike down to the Thurston Lava Tube. No matter what time of summer you visit, you will find the whole island on a slower, more relaxed pace after a busy winter season.

2. The Ocean is at its Best


The storms that bring the iconic big waves to the north shores of the Hawaiian Islands dissipate by summer, leaving the leeward ocean calm, warm and flat. While this may be a bore for experienced surfers, any boating excursions for fishing, snorkeling, or diving with Manta Rays will be much more enjoyable during the summer on account of the smooth waters. Less waves also make for better visibility when snorkeling and diving, safer water entry and exit at our rockier beaches, and easier swimming all around. And while the ocean never really gets cold on the Big Island, extended swims might leave you shivering during the winter months. The ocean temperature peaks in the low 80s Fahrenheit during the summer, at which point you can stay in the water as long as you like.

3. The Fruit is Amazing 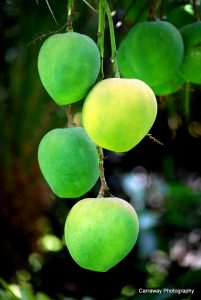 One of the perks of being on the Big Island is the abundance of unlimited varieties of fresh fruits and vegetables. Despite our warm climate, the produce available is still subject to seasonal shifts. Winter is all about citrus, which is great. But by the end of March, after being buried under a mountain of limes, lemons, tangerines, pomelos, and tangelos heaped upon them by well-meaning neighbors, most locals are eager for summer’s bounty. Favorites include lychee, which make a juicy, bite-sized snack to go (especially when chilled), and white pineapples, which taste like cotton candy and are good enough to turn a person off to yellow pineapple forever. Other exotic treats include jackfruit, rambutan, and mouth-watering pink dragonfruit. But the most eagerly-awaited summer fruit of all is the mango. Hawaii’s mangoes are the best and juiciest you will ever taste, and the only thing wrong with them is that they aren’t available year-round. Suffice it to say, the mangoes are reason enough to visit the Big Island this summer.

Whether you intend to participate or spectate, summer in Hawaii is a great time for sporting events. The 25th 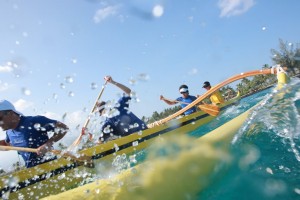 Anniversary Kona Marathon will be held on June 24th, 2018 at the Waikoloa Beach Resort. The event also includes half-marathon, quarter-marathon, and 5k races for runners of all levels. The Volcano Rainforest Run event takes place on August 18th, 2018 in the scenic Volcano Village and includes half-marathon, 10k, 5k, and keiki races. The iconic Lili’uokalani long-distance canoe race will bring together paddling teams from across the Pacific on September 1st, 2018. The race makes for a great spectator event as you can watch the canoes from locations along the Kona coast. And if you are here during the Fourth of July holiday, the Parker Ranch Rodeo makes a fun and entertaining day out in the Big Island’s cowboy country. 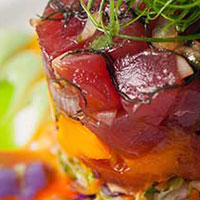 There are a bunch of great annual events during the summer months the feature some of the Big Island’s best food and drink. The Kona Mango Festival will be held in July to celebrate the peak season of the Big Island’s favorite fruit. The event includes music, food and entertainment from local chefs and artists. The 9th annual Mai Tai Festival will be held August 18th, 2018 at Don the Beachcomber’s in Kona. Don’s claims to have invented the original mai tai, but each year mixologists from around the country showcase their own versions of the iconic cocktail and compete for a prize of $17,500. The Hawaii Island Festival kicks off in September and features a poke-making contest, during which over chefs from around the island will be sampling their creations (poke is a Hawaiian preparation of raw fish). Over 40 entries were featured at last year’s event, including several different preparations of poke and a variety of ingredients. For anyone from the uninitiated to the poke aficionado, this festival is a great opportunity to sample one of Hawaii’s favorite foods.

Ready to experience summer in Hawaii? Start planning your stay at our Big Island bed and breakfast by booking today. To make planning even easier check out our romance or adventure packages.