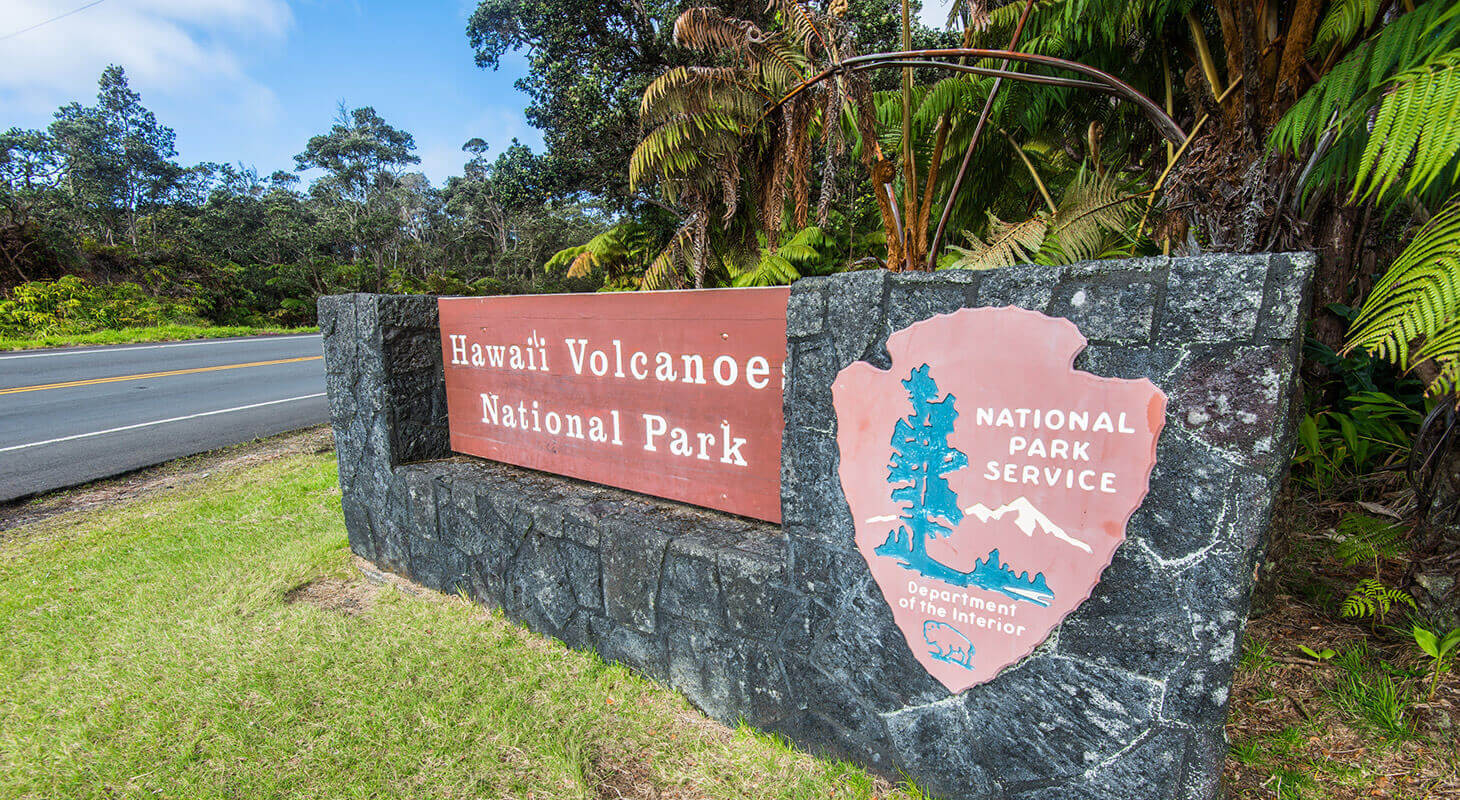 This coming Martin Luther King Jr. Day, January 21st 2019, is one the the National Park Service’s fee-free days. That means you can visit Hawaii Volcanoes National Park, or any of the other parks on the Big Island (or in the country!) for free. If you happen to be on the Big Island this winter, you should not miss this opportunity to revisit your favorite park, or to check out one that you’ve yet to visit. For example… 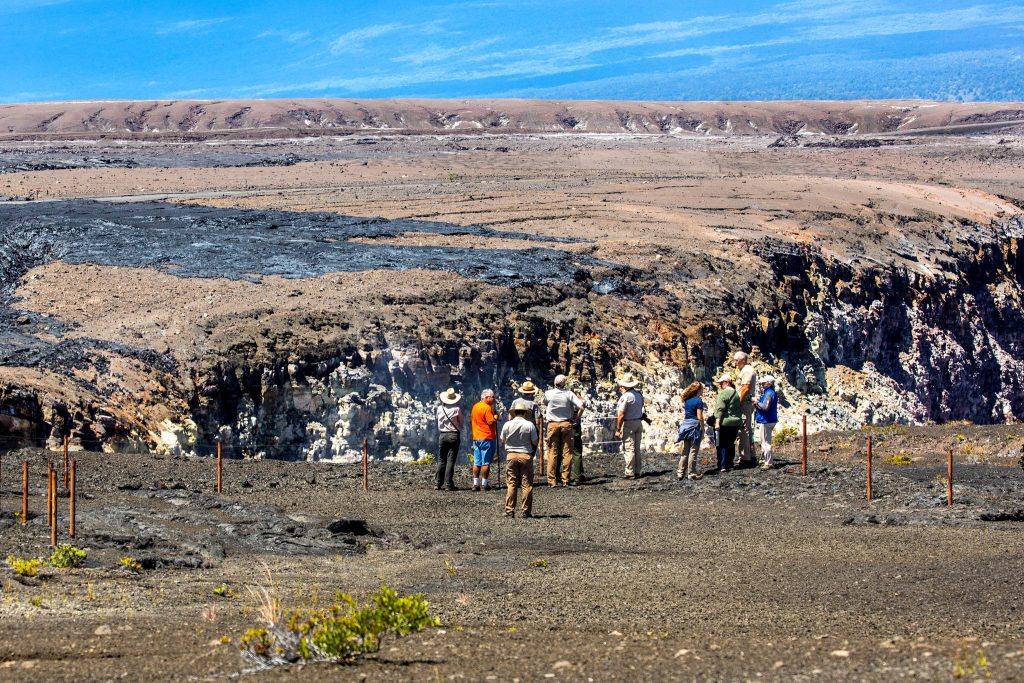 Kilauea volcano, within Hawaii Volcanoes National Park, is one of those rare places on the planet where massively powerful, earth-shaping forces cause the landscape to change dramatically within a human timescale. No waiting millions of years for the mighty Himalaya to rise between two colliding tectonic plates, or for the Grand Canyon to be carved by a meandering river. Even if you were here on this same date exactly one year ago, the Kilauea you saw back then is wildly different from the Kilauea of today, especially in the area around the summit caldera. These changes are all a direct result of the events that took place on the Big Island beginning May 2nd, 2018.

The months of violent volcanic activity that ensued produced large volumes of sulfur dioxide gas and ash which kept many visitors away from the island this spring. But by the late summer, the smoke had cleared to reveal a radically transformed Kilauea volcano. The Halema’uma’u Crater, once known for its brilliant nocturnal glow from the lava boiling within, is now sixteen times larger than it was earlier this year, and its fires have been temporarily extinguished (click here to view a time-lapse video). The notorious Pu’u O’o cinder cone, which had been erupting continuously since 1983, has also been rendered dormant. Large swaths of the Leilani Estates subdivision in lower Puna are newly covered with dark black lava from Fissure 8, a testament to the unyielding destructive/creative power of the volcano goddess Pelehonuamea. Hawaii Volcanoes National Park itself was heavily damaged, but the Park Service worked tirelessly through the late summer and autumn to restore access for the public. The park reopened its gates on September 22nd with most of the volcano’s summit area open for viewing and hiking. Come visit and see for yourself the awe-inspiring power of Mother nature at work in one of Hawaii’s most humbling landscapes. 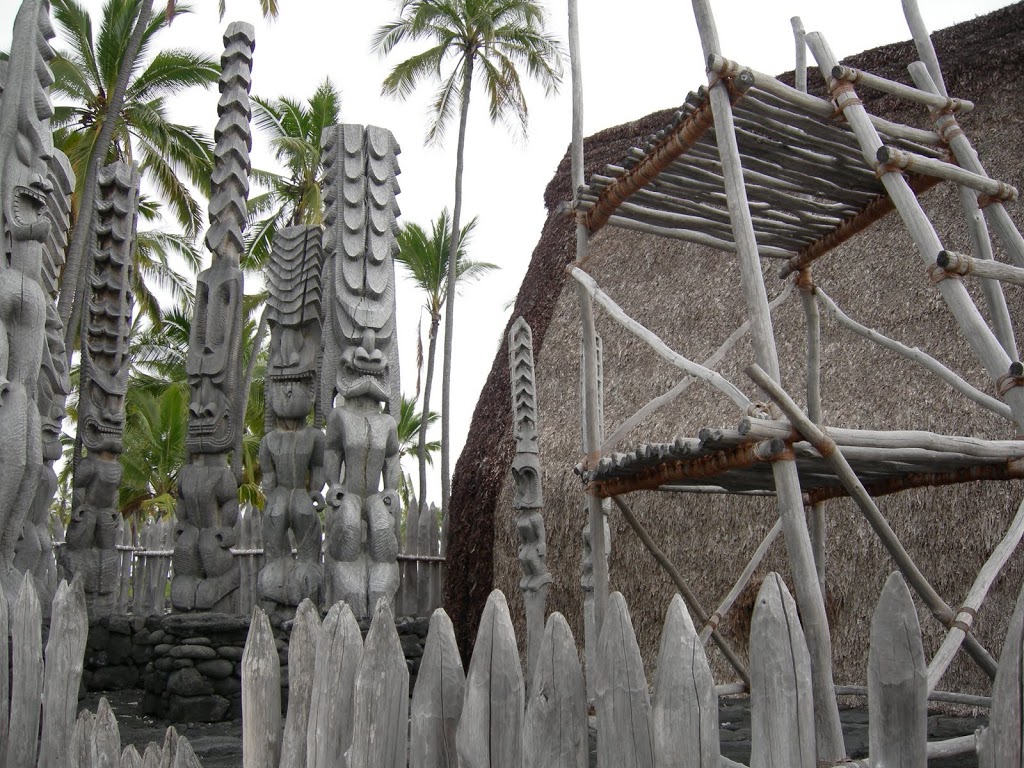 Pu’uhonua O Honaunau National Historical Park, on the other hand, is a place where time seems to stand still, where the Park Service has worked hard to restore and preserve what once was. The park encompasses the last remaining Place of Refuge in the Hawaiian Islands. The pu’uhonua, as they were known, were sanctuaries where the people of ancient Hawaii could seek divine protection, whether they were fleeing the violence of war or a sentence of death passed down for a criminal offense. Pu’uhonua were spread throughout the islands, but the slow degradation of time and a campaign of intentional dismantling that took place in the 1820s brought all but one to ruin. The sacred Pu’uhonua O Honaunau stands at the edge of the ocean, behind a ten-foot high, seventeen-foot thick stone wall and the imposing Hale O Keawe temple. Ancient stone ruins and the more subtle artifacts of the kanaka maoli rest side by side with re-creations of traditional dwellings and storehouses erected by the Park Service. This is a place where you can let your imagination take hold, where you can follow the footsteps of ancient refugees as you stroll along the Great Wall, and listen for the faint chants of the kahunas carried on the wind as you take shelter from the heat of the day under the shade of a towering palm tree.

The whole park comes to life each year during the Annual Cultural Festival, when local practitioners come to share their knowledge of craft-making and Hawaiian traditions. The highlight of the festival is the hukilau demonstration, in which a giant net made of leaves and stones is used to corral reef fish into the shallow inlet within the park. Historically, this method was used to catch fish for food, but for this modern event, the swirling orb of multi-colored fish receives a traditional blessing before being released back into the sea. It is an unforgettable experience and one you should make a part of your next trip to our Big Island getaway.