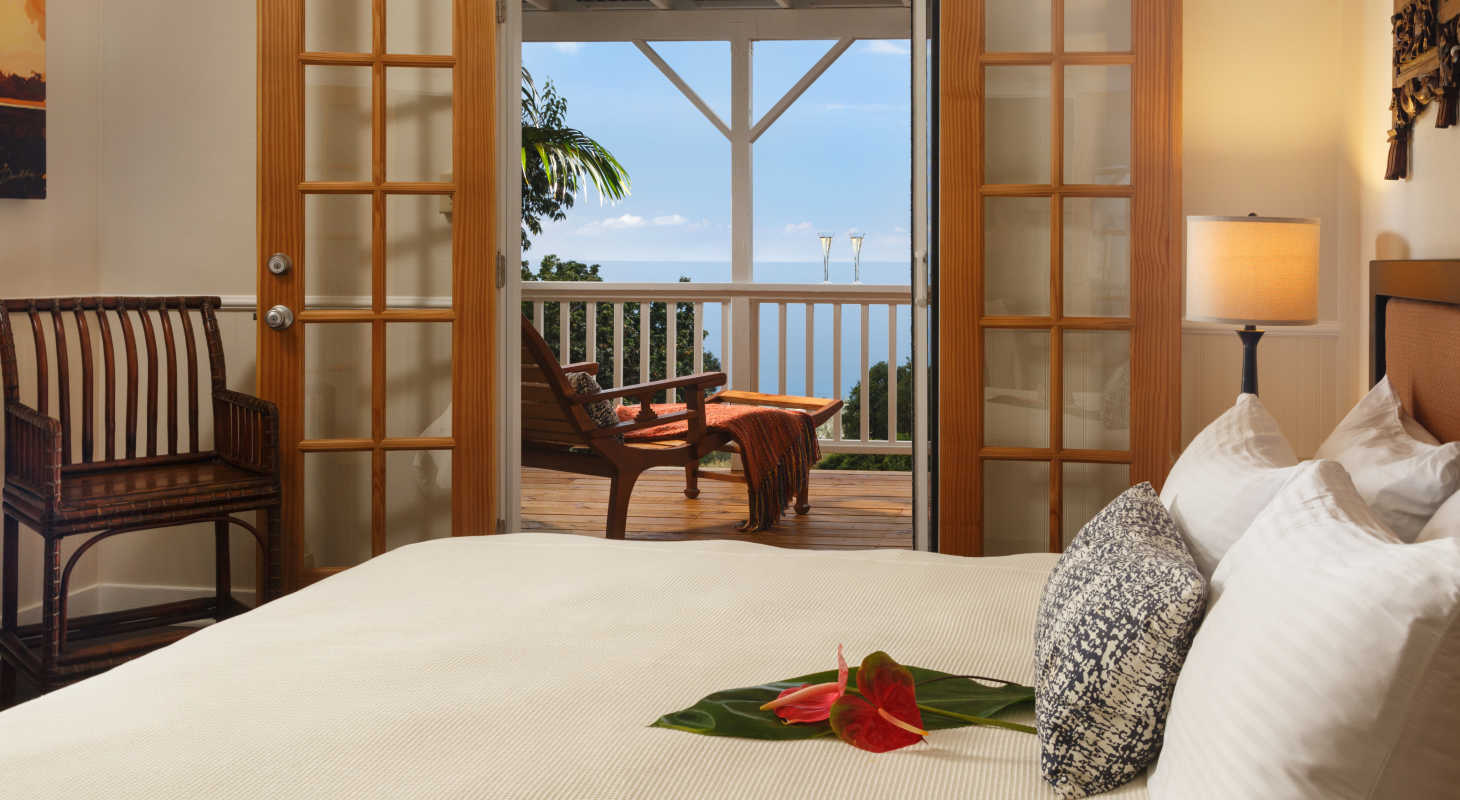 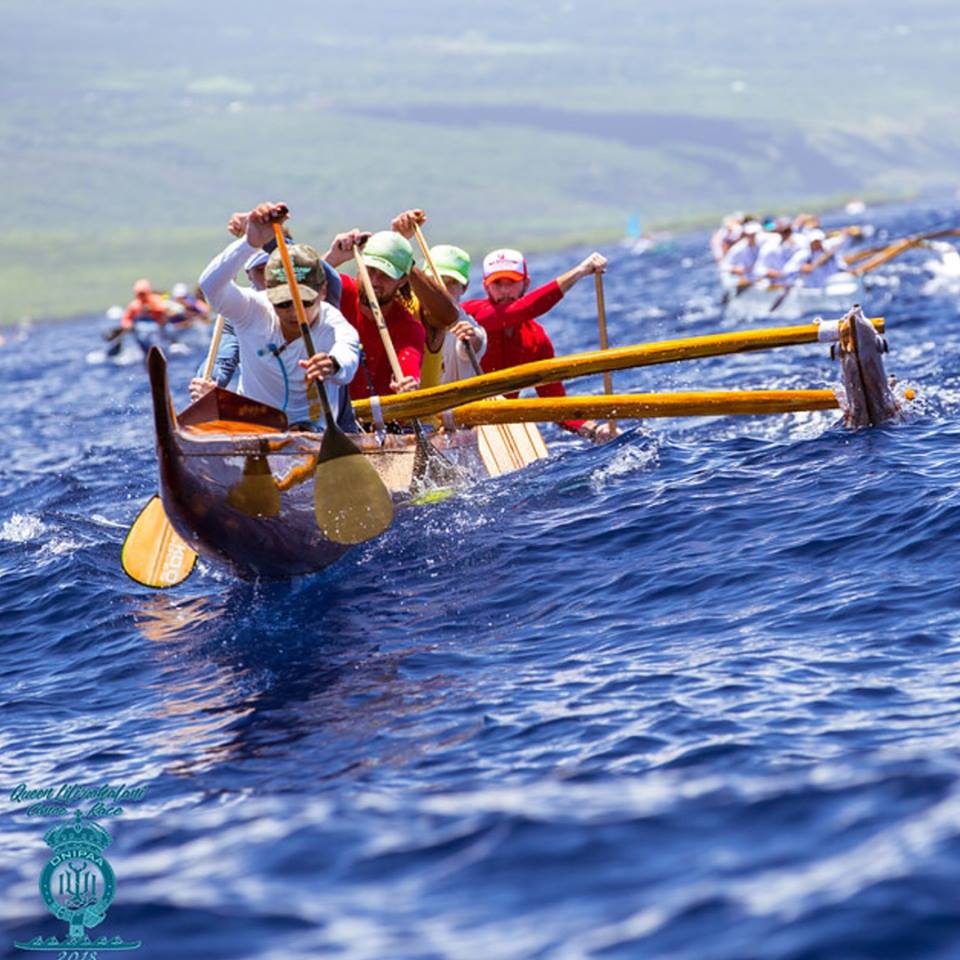 The Big Island’s Queen Lili’uokalani Canoe Race has grown from humble origins to become one of the largest and most exciting paddling competitions in the world. Originally conceived as a training event for the grueling Molokai Hoe (and later Na Wahine o Ke Kai) in 1972, the Lili’uokalani Race is now a pinnacle event of the canoe racing season for many teams from around the world, and a win is considered a crowning achievement for any crew. Whereas the Molokai Hoe is an elite and somewhat exclusive event, the Lili’uokalani Race has a broad appeal as a gathering of paddlers of different 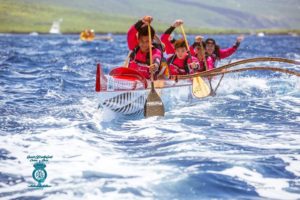 nations, backgrounds, and abilities. It’s an event where a local team from the Big Island or a crew from the mainland can test their mettle against a crew of lifelong paddlers from Tahiti or the sponsored Red Bull racing team. This year’s race is no exception, as over twenty-five hundred paddlers are expected over Labor Day weekend from places as far-flung as Australia, New Zealand, California, Florida, Hong Kong, and more.

The race has grown into a f 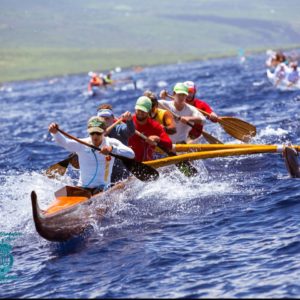 ive-day long event, with competitions in several categories. This year’s races will be held from Thursday, August 29th to Monday, September 2nd, kicking off with the OC-4 (4-person canoe) 8-person relays. This event involves an intentional huli, where the canoes flip over halfway through the race (keep an eye out for unintentional hulis as well!).

The main event, the Wa’a Kaukahi, will be held on Saturday starting at 6:00 am. The Women’s and 40 & 50+  Mixed crews will start the day off by racing their 6-person canoes 18 miles down the Kona Coast from the Kailua Pier to historic Honaunau Bay. The Men’s and Mixed Open crews will then take over the canoes for the race back up the coast to Kailua Bay. These races are both incredible to watch from the shore as scores of canoes make their journey along the jagged volcanic coastline to the finish, leaving ethereal trails of white foam in their wakes.

Sunday’s events include the Teen 6-person canoe races, Double-Hull canoe races (two canoes lashed together), OC-2 races, and Stand-up Paddleboard races along a five-mile course from Kailua Pier to Lyman’s and back.

The weekend’s events wrap up on Monday with the Kupuna Classic, in which mixed crews (3 men and 3 women) in age groups 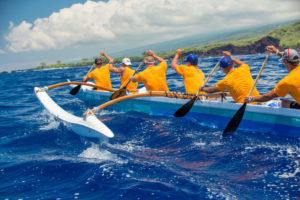 of 50+, 55+, 60+, 65+, and 70+ will compete in a five to six-mile race from Kailua Pier to Banyans and back with the kind of skill and coordination that can only be developed through decades of paddling experience.

Watching over a hundred canoes race their way down the Kona Coast, much like the ancient Hawaiians did centuries ago, is always incredible to watch (even for those uninitiated in the world of paddlesports). Best of all, you can catch the action of the world’s largest long-distance canoe race from the makai lanai or rooftop gazebo at the Holualoa Inn. From either of these private perches, you can have a commanding bird’s-eye view of several miles of the racecourse, including the start of the Women’s race and the finish of the Men’s race on Saturday, along with the entirety of the other races. If you happen to be staying with us over Labor Day weekend, do not miss this spectacular event!