Previous Next
Among the postcard perfect beaches and active volcanoes, the Big Island of Hawaii has numerous ancient archeological sites that are evidence of a thriving and structured ancient civilization. The Kona-Kohala has been the land of Kamehameha for hundreds of years.
After the death of Chief Kalaniopuu, Kamehameha rose to power along the Kona –Kohala Coast and eventually included guns into his arsenal and proceeded to unify the islands under Kamehameha rule. These efforts were strategize and executed from the war temple at Pug Kohola. Visitors to the heiau can visit the shoreline where war canoes were launched toward Maui to defeat Chief Kahekili. 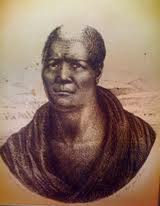 Life for the makainana along the Kona-Kohala coast was a rich one. Evidence of this can be found at Kaloko-Honokohau National Historic Park. Visitors are welcome to walk through petroglyph fields, visit the ancient fishponds and fish traps that sustained a lively and thriving society.
Kamehameha the Great and his wife Kamamalu ruled by a series of kanawai or laws that incuded kapu that regulated certain activities. Those who were caught violating kapu were sentenced to death. However, there was a loophole. Those finding their way to the Pu‘uhonua would be spared and forgiven after spending a time being rehabilitated under the supervision of a priest. Today the largest pu‘uhonua in Hawaii can be found along the Kona Coast. A visit to Pu‘uhonua o Honaunau today can include a self guided tour though sacred sites as well as a day snorkeling with green sea turtles.
The duties of Kamehameha I took him to Maui to oversee the activities of the new Kingdom of Hawaii for an extended period of time. When he returned to the Big Island in 1812, the Ahuena Heiau became the center of the Kamehameha power. Located in the very heart of Kailua-Kona, the heiau was a nightly gathering place for advisors and royalty. His kingdom continued to thrive until his death in the early morning hours of May 8, 1819. Today, visitors are welcome to visit this restored historical site that is just steps from Alii Drive just makai of the King Kamehameha Kona Beach Hotel.
Those visiting these historical sites are asked to not touch or disturb any of the stones or structures at anytime. These sites are considered sacred and should be treated with respect at all times.
Back to Blog