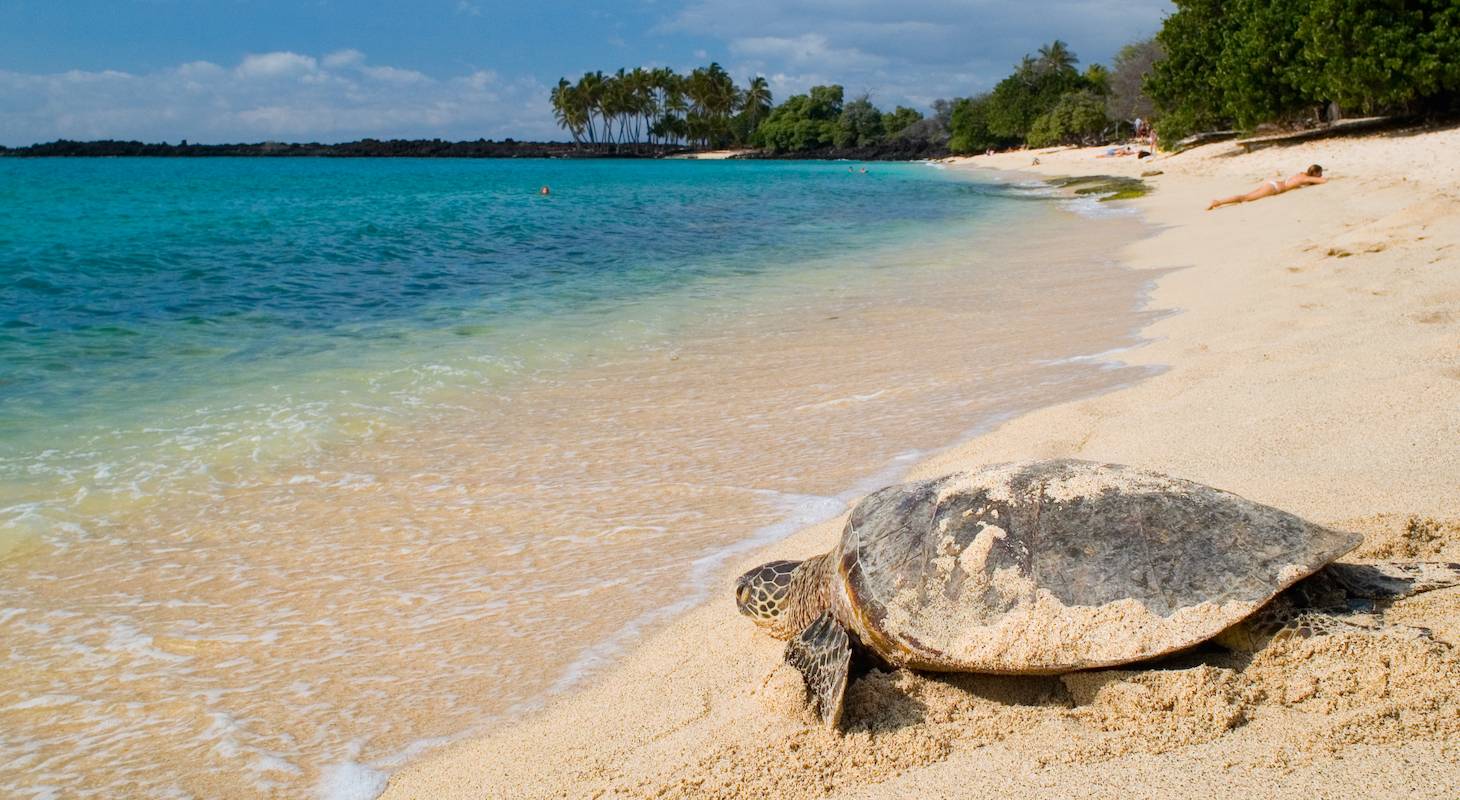 When snorkeling at Kahalu’u on the Big Island of Hawaii, or hiking the coastal trails at Kaloko–Honokohao National Historical Park north of Kona, you will likely be graced by the presence of the Hawaiian Honu, or Green Sea Turtle (Chelonia mydas). Green sea turtles are the only sea turtles known to bask or sunbathe and Hawaii is the only place in the world where green sea turtles regularly bask on shore. 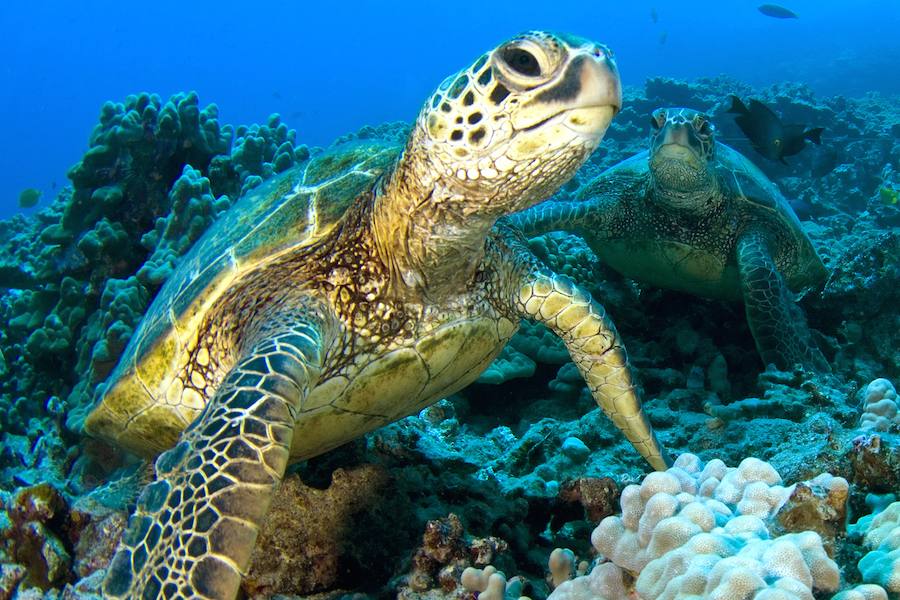 Thought to live between 60 and 80 years, the Honu is a symbol of longevity, safety, and mana (spiritual energy) in Hawaiian culture and their presence brings good luck and peace. The Honu is considered a form of ‘aumakua or ancestral spirit offering lifelong protection, wisdom and guidance. Honu are depicted in ancient Hawaiian petroglyphs, artwork and mythology and represent the eternal link between man, land and sea.

One Hawaiian legend tells of Kauila, a giant turtle goddess who would transform into a human girl to play with and serve as protector of the Keiki (children) playing along the shore of Punalu’u. The black sand beach at the southern tip of the Big Island serves as a modern-day sanctuary for sea turtles and even features a bronze plaque honoring the legend of Kauila. 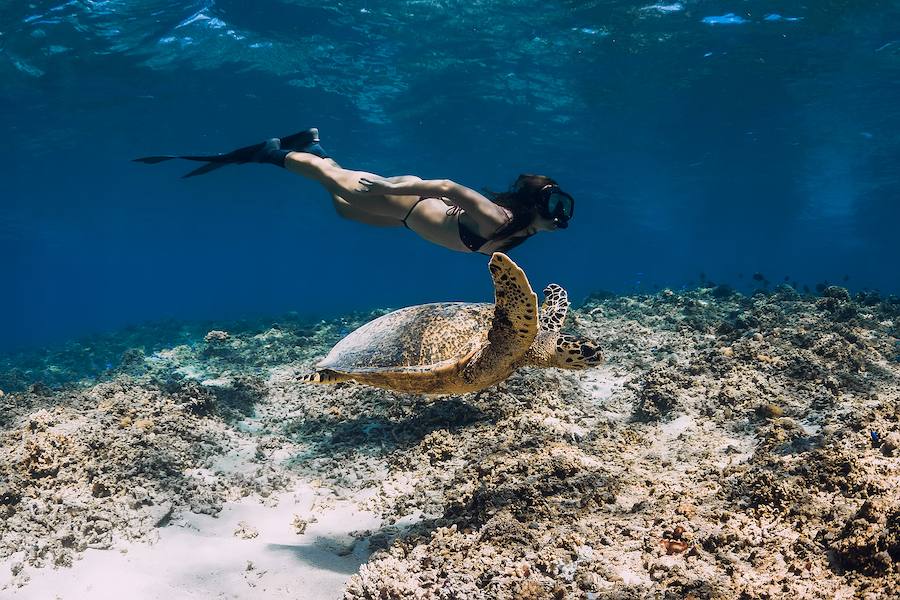 Since listed as a “threatened” species in 1978, the Green Sea Turtle population has made a comeback. Ninety six percent of Hawaiʻi’s green sea turtles’ nest in the Northwestern Hawaiian Islands, Papahānaumokuākea Marine National Monument, the United States’ largest fully protected conservation area. Before protection, their decline in numbers came primarily from overfishing. Today the fishing has nearly ceased, but baby turtles still face many dangers from the moment they are laid. The babies must survive a multitude of predators and the effect of environmental hazards. If they make it to the sea, the dangers are still abundant: sharks, marine debris, disease, tainted algae, and propellers. 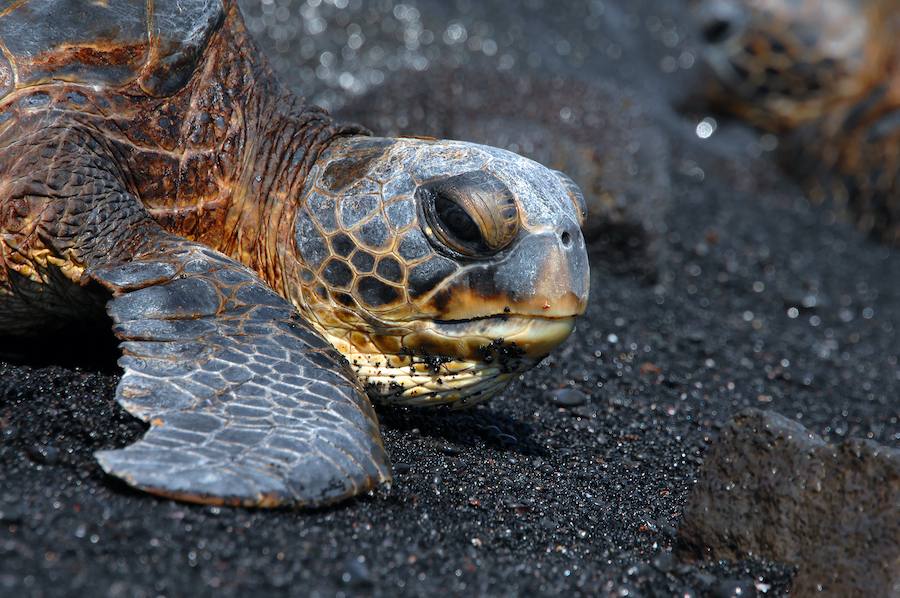 After 25 years of basking on lava, floating along coastal tidepools, and munching on their diet of algae or Limu, the Honu reaches maturity at about 200 pounds. The Honu then begin the arduous, 800-mile journey back to where they were born to mate and start the new generation. 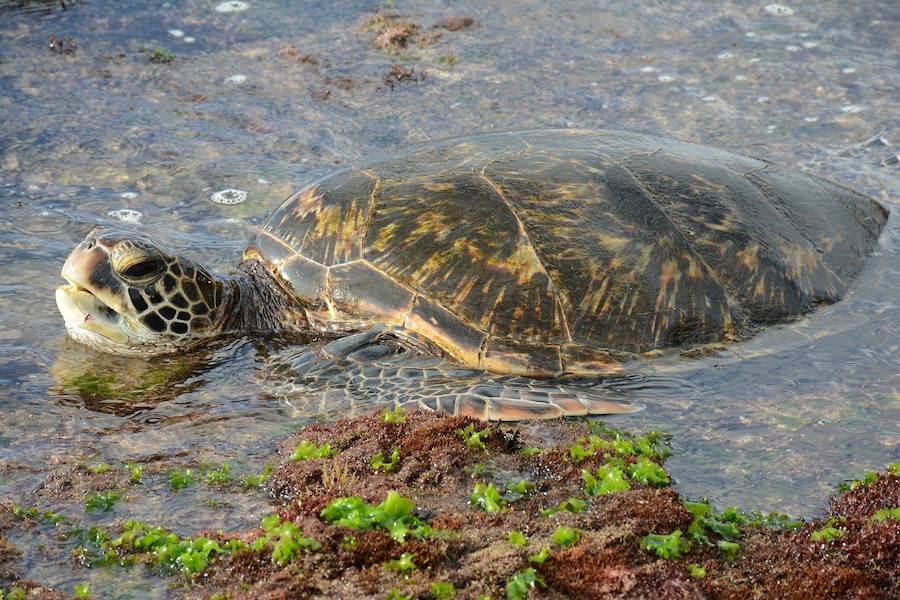 Our boutique Big Island bed and breakfast is close to a variety of beaches where you can view these majestic island navigators. Grab a beach chair and some snorkel gear from our garden gazebo and share the ocean with these magical creatures. During your encounter, kindly remember to keep a minimum 15-foot distance and please refrain from loud noises or flash photography. Enjoy the gentle grace of the Honu, a modern link to Hawaii’s ancient past.