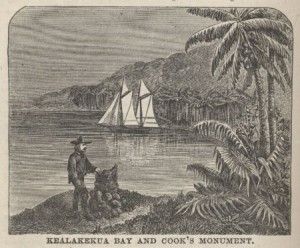 Planning a getaway to Hawaii? We take for granted how fast travel to Hawaii is in the 21st Century. Imagine an 8 to 12 day passage across the Pacific just to reach your destination. Such as it was in 1866 for Mark Twain when he boarded the steamship Ajax in San Francisco, bound for Honolulu.
“In a word, the Pacific is ‘rough’, for seven or eight months in a year-not stormy, understand me-not what one could call stormy, but contrary, baffling and very ‘rough’ “. For Twain, his patience during the seeming endless passage was rewarded with a journey that launched his career in journalism. Stunned by Hawaii’s exotic and rugged beauty, he corresponded prolifically as a reporter for the Sacramento Union newspaper. He described the Sandwich Islands as, ‘the loveliest fleet of Islands that lies anchored in any ocean.”
In 1872 victorian adventuress and writer Isabella Bird traveled from Europe via Oceania to reach destination Hawaii. Her words describing Hawaii tell us that the arduous journey around the globe was dwarfed by the spell that Hawaii cast,  “Summer Isles of Eden lying in dark purple spheres of sea.” 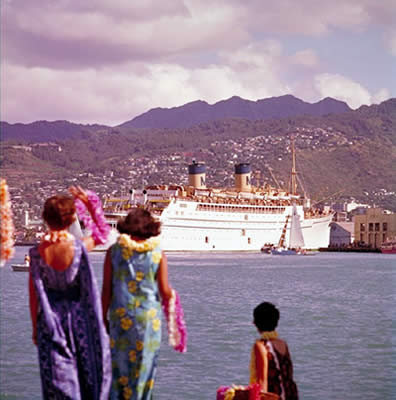 Fast forward to 1933 and The Golden Age of Travel when the journey across the Pacific took only 5 days, and the transit was steeped in opulence. “Your vacation begins the moment you are aboard…” was the slogan for cruising to Hawaii aboard the SS Lurline, Matson Lines’ fourth and most luxurious vessel.  Equipped with spacious staterooms, five star dining and star studded entertainment options, the liner was home to celebrities and vacationing families to and from Hawaii for nearly 5 decades. youtubeSSLurline
In 1936 Pan Am entered the travel game offering cruising style luxury aboard their Clipper fleet of “flying vessels”.  Originally built as mail carriers and able to make water landings throughout the Pacific, the China Clipper could complete the San Francisco to Honolulu trip in about 20 hours. Serving approximately 40 passengers, the flight crew of 8 knew that however luxurious the aircraft, there were risks during the long journey over the Pacific. In 1936, the Samoan Clipper was lost off Pago Pago shortly after takeoff. 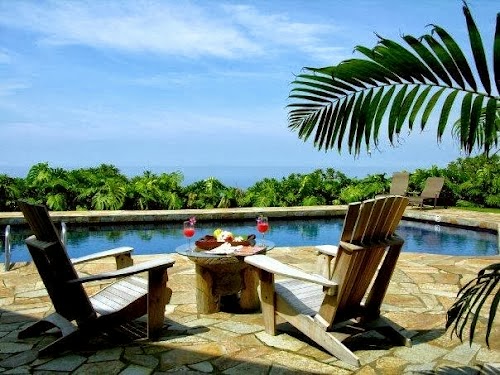 Although today you may reach Hawaii in 1 day, rather then 12, the fast pace of air travel can be challenging. In planning your next getaway to Hawaii’, let your vacation begin when you arrive at Holualoa Inn. From the airport, wind up the lush slopes of Hualalai Mountain, along Mamalahoa Highway (Kona Heritage Corridor), knowing that attentive service and an atmosphere of contemporary yet casual elegance await you.